Currently, Force tractor holds a market share of 0.5% in India which is valued at $ 5.2 Billion. Annually 4000+ tractors are sold across the country by Force tractors.

Get Offers for Force Tractors

Fill form to get quick detail from tractorguru.in 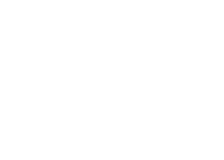 Force Motors was founded by a revolutionary leader and freedom activist Shri. N.K Firodia in the year 1958. Mr. Firodia was known for his love for the country and his contribution to the freedom of India. Also, with a vision of making India an industrially advanced nation. Force Motors was a company that laid its foundation with the above ideology. Force Motors is the parent company of Force tractors. Force motor is not only known for tractors but is also well known for their commercial and domestic use vehicles. Traveller, Gurkha, Trax, Traveller Minibus, And Balwan are the brands of Force Motors. Force motors is also known for their fully integrated processes as they manufacture and use their own engine, chassis, Spare parts, etc. Force has been a familiar brand with India as they made the first Autorickshaw with a vision to make public transport cheaper. Right from the 1950s Force has collaborated with major brands and produced some of the iconic vehicles for India. The term Tempo commonly used for commercial vehicles was coined by Force motors. With this advanced engineering at that era, Force motors produced engines and automotive parts for BMW (Bayerische Motoren Werke Aktiengesellschaft) and Mercedes. Force motors made their debut into the Indian tractor industry with the flagship tractor Model Balwan. In the year 1997 with a view to revolutionizing the tractor industry in India. Force motors ranks 329th in the fortune 500 lists of companies. With a widespread reach in India and markets around the globe, Force has manufacturing plants at Pithampur, Madya Pradesh, and Akurdi and Chakan, Maharashtra. Mr. Abhaykumar Firodia is the current CEO of Force Motors.

Force tractor is a homegrown company in India and has been working on various types of vehicles. This opens up a larger spectrum of Research and Development and introducing new technologies. The employees and technicians at Force tractors are skilled and highly educated. Currently, Force tractor employs 8,500 people across India in various departments.

Above were the major Unique selling propositions of Force tractors. Force tractors have not only achieved excellence in building tractors but have also served back to the nation and the farmers through various CSR (Corporate Social Responsibility) activities.

Force tractor ranks in the 10 positions in India in terms of Market share and sales volume. The company manufactures and sells around 4,000 tractors every year and this number is projected to grow by 10% to 12 % every year. Eventually leading to increased market share.

A limited number of models on offer and limited dealer network have led to lower sales as compared to other tractor brands in competition. However, 50 HP tractors are the most demanded tractors from Force tractors. It is expected that the brand will grow in future years with possible FDI (Foreign Direct Investments).

Force tractor dealers and service centres are located across India, there are various customer touch centres in India. In total there are 341 Force Tractor dealers in India. Are you searching for a dealer near you? Just fill the form on this page and we will connect you to your nearest dealer.

Service centres of Force tractors are also easily accessible and have affordable service and maintenance charges.

Mahindra & Mahindra (M&M), India’s largest tractor manufacturer, is currently waiting on the far side tractors to spice up its farm equipment...

Now ambulances are available not only for humans but also for tractors. This unique concept was launched by Japanese tractor brand Kubota in Sangli to...

Introduces VST Shakti Gro tech - an end-to-end solution for Sugarcane farmers   Expected to result in increased productivity by up to 20 %...

The Central Government in India has recognized the importance of farmer welfare. Towards this objective, it has many ongoing schemes and initiatives w...

Mahindra is India’s most popular tractor brand. This company has satisfied all the masses around the nation by setting a record of selling over...

Today, Swaraj Tractors is the second largest tractor brand in the country.  It enjoys very high brand recognition and customer connect which is a...

How can Indian farmers increase their income?

Farming in India is deliberately utilized, according to the locations where they are most suitable. Multiple farming systems contribute to the agricul...

Thank You Test for your interest in Formtrac - 60 Powermaxx. Will contact you soon.